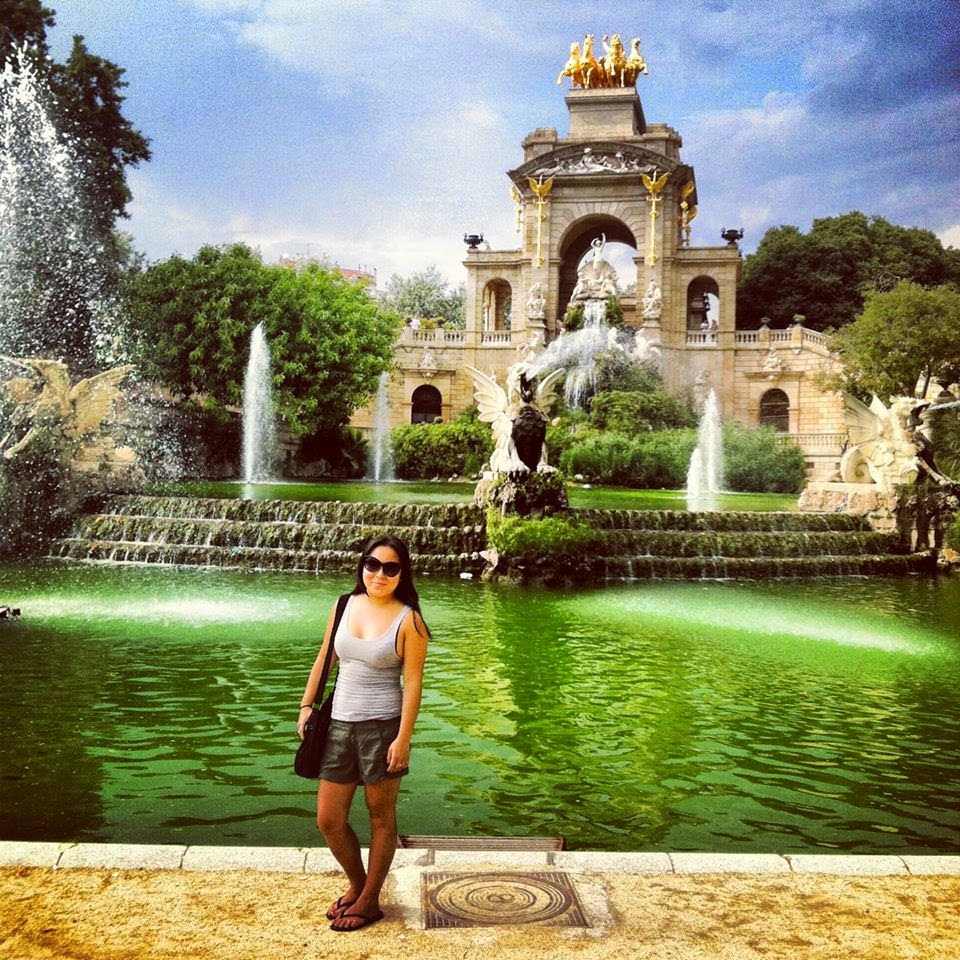 From France, we headed to Barcelona to start our Spanish adventure.
Barcelona
Barcelona is a beachside city with amazing art scene, architecture and great nightlife. We went to La Sagrada Familia (which is still yet to be completed), Park Güell, Casa Batlló (Gaudi’s designs depicting modernism), walked down La Rambla, stopped at Boqueria markets for the amazing produce and walked around the harbour and beach. Parc de Ciutadella is a must – the fountain is absolutely stunning and it’s great walking around the park as well as seeing the Arc de Triomf.
Athi, Niko and I ate our way around the city with it’s numerous tapas bars and my favourite is Ciutat Comtal. We had a great array of amazing tapas and sangria. We went to Espit Chupitos and had some cool shots and all of them were only 2 euros! Later, headed to Opium club for Martin Solveig. It is known as one of the best clubs in Barcelona and we had a fun time drinking and dancing.

On our last night, we went to El Mussol in the Eixample area and it was located on the 5th floor of a viewing complex. We had sangria, tomato toast with jamon, a potato and bean thing with fried egg on top, cannelloni, a beef sirloin and for dessert had crema Cataluna which is a common Catalonian dessert whilst enjoying the view from above. Afterwards, went to Plaza Espana and saw the light show which was from the fountain and looked spectacular.

Lisbon
Liz was undertaking a pharmacy placement in Lisbon for a few weeks in July. I decided to visit her for a couple of days and it was great to explore the city. I was able to explore my own first in Baixa with its old architecture and went to Elevador de Santa Justa and wandered around.
It was lovely to meet Liz’s host, Helena who was able to take us out. Lauren was also going to be in Lisbon so met up with her too and explored Belem area with Jeronimos Monastery, Belem Tower and had the best portugese tarts at Pastéis de Belém.
One of the most scenic ways to get around is catching tram 28 which went around to different parts of Lisbon. It was nice to see the view of Lisbon from the Alfama district and see the Se Cathedral as well as St George’s Castle! The city is hilly and the roads are SO narrow it was surprising to see how the trams just fit in between the roads and between parked cars!
Ginjinha is a must when in Portugal – it is a Portuguese liqueur and tastes like sour cherry. It is served in a shot form and came in chocolate cup! We also went drinking in Bairra Alto with its many bars and clubs – we had 3 euro mojitos and drinks which was fun. Also, it was very hot during the day whilst we were there and we could always depend on Santini for a great gelato.
I’d love to come back and explore more of Portugal.

We ate lots and wandered around Madrid – the temperatures soared to 35 degrees on average but it was still nice to see this historical city. Mercado de San Miguel markets are a must for an array of local food. We went to San Gines which opened in 1894 and the oldest place to eat churros. The churros came in 6 with a full pot of chocolate which was divine! Went on a walking tour starting at Plaza Major and to Plaza de Espana and the guide went into depth about Madrid’s history and culture which the really insighting. Palacio Real de Madrid (The Royal Palace) is beautiful and inside the palace was stunning as each room looked so different and was intricately designed! We also went up to the rooftop of Circulo de Bellas Artes for a nice view of Madrid.