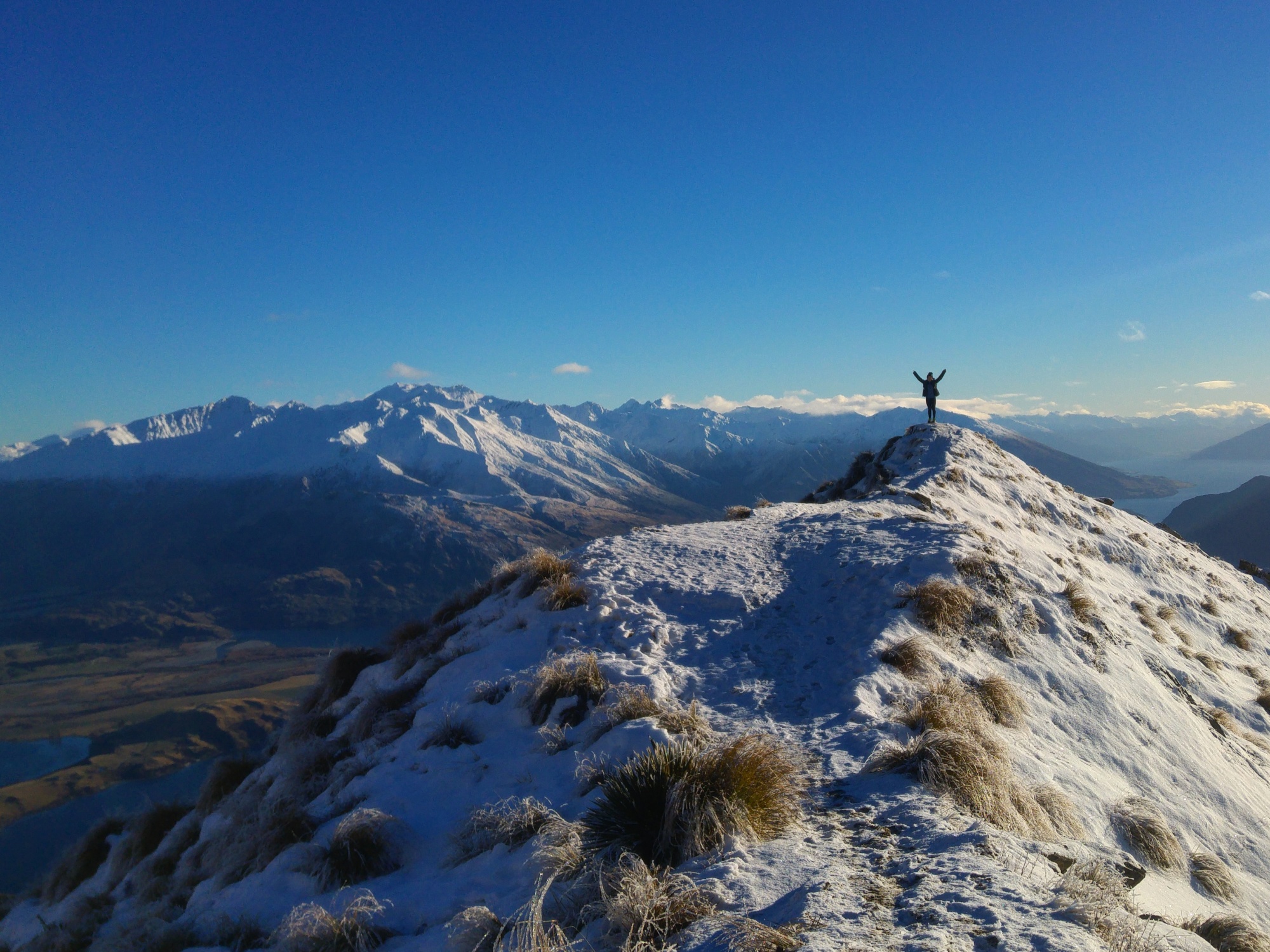 New Zealand is full of beautiful scenery, friendly locals and full of adventure activities and experiences ranging from skiing, snowboarding, bungee jumping and jet boating, just to name a few. If you’re not that adventurous, it’s simply a perfect place to eat good food, visit the hundreds of wineries the country has to offer or just sit back, relax and enjoy the views.

We found some cheap $180 return flights from Sydney to Christchurch so Liz and I decided to take a short 4 full day trip to New Zealand for our birthday. We have been to NZ twice – the first time to the South Island in December 2006 and the second time to the North Island in April 2009 but we were keen to check out NZ in winter. We road tripped from Christchurch to Queenstown and back up with multiple stops along the way.

Highlights of our time here include:

We arrived in Wanaka after a massive 8 hour detour from Christchurch as part of State Highway 8 was closed near Lake Tekapo due to the snow and ice.

Wanaka is a small resort town which has beautiful views of snowcapped mountains and the lakeside which is great to walk, bike and explore.

We went to Gin and Raspberry for their signature gin and raspberry cocktails. The view from the bar overlooking Lake Wanaka was also stunning.

For dinner, we went to another institution called The Cow – go for their yummy pizzas and pasta!

Only 6km from Wanaka, along Mount Aspiring Road heading towards Glendhu Bay is the Roys Track car park on your left which is where you start the Roys Peak hike.

We started the hike at 7:30am and saw the sun coming up which was beautiful. However, it was pretty cold with a light breeze at this stage so make sure you’re dressed appropriately in layers and that you’re well prepared. The track is easily marked, however it is pretty much up hill the whole way. After walking for 1 and a half hours, there was lots of  snow in the area. If you’re doing this in winter, hiking or sturdy, waterproof shoes are a must.

It took us just under 2 hours to reach the famous view point where we took in the incredible views of Wanaka and its surrounds including Lake Wanaka and Mount Aspiring National Park. Due to time constraints, we didn’t go all the way up to the summit (which would have been another 1 hour up). It only took us 1 hour on the way down. We had the track to ourselves for most of the time up, whereas we saw many groups making their way up as we were descending, so I highly recommend you start the hike early to avoid the crowds.

After Roys Peak, we drove to Cardrona Alpine Ski Fields to do a half day of skiing. After the heavy snowfall the day before, the sun was out and the weather conditions couldn’t have been more perfect. I haven’t skied in 10 years but got the hang of it after my first run and I had so much fun! Cannot wait to do more of it when I move to the UK and have easy access to the snowfields in Europe.

Known to be one of NZ’s most popular tourist destinations, we also stayed a night in Queenstown. Not surprisingly, we had friends staying there as well so we met up at their apartment first to pre drink. A few drinks before dinner turned to many drinks and we ended up ordering pizza before heading out to the bars. The nightlife is busy and it was a fun night out!

The next morning was rough but Fergburger was a life saver. The lines are always long but the wait is worth it for their burgers.

We stopped by at Hot Tubs in Omarama for a little treat. We spent 1.5 hours there and just took in the amazing mountain views and relaxed! Highly recommended and much cheaper than the hot tubs in Queenstown!

Twizel was a good base for us on our drive back up to Christchurch. It is also known for their fishing where you can fish for salmon and trout in the local rivers, canals and lakes. We stopped by at High Country Salmon and had the best salmon sashimi as well as salmon curry and miso noodle soup. The produce is so fresh and delicious! You can also feed the salmon there!

Other than that, there’s not much to do in Twizel but provides a good base for those who want to do Mount Cook or other outdoor adventures.

The Lindis Pass is a breathtaking stretch of road which takes you to the highest point of the State Highway on the South Island. The roads a little windy, however the views of the mountains are simply amazing.

Stop by at Lake Pukaki, one of the largest lakes with it’s distinct blue colour. You have views looking over to Mount Cook.

Around 50 km north is Lake Tekapo. As we were driving towards Tekapo, there was so much snow so it was understandable why the SH8 was closed in this area a few days earlier. When we visited Tekapo in summer, it was surrounded by beautiful flowers, however the snow looked just as magical. It was -7 degrees so we stopped by at a cute café called Run 76 for breakfast.

The earthquakes in 2010 and 2011 devastated the city, however the city is slowly rebuilding itself. The Re:Start Mall is a really cool concept where stores were converted into containers to act as a temporary solution to the earthquakes. We also ate fush and chups (fish and chips), drove down to the seaside town of Sumner, visited the Canterbury Museum and strolled around the Christchurch Botanical Gardens and Hagley Park. There’s not too much to do in Christchurch so a day was definitely enough.

This trip was jam packed with hiking, skiing, driving, eating and drinking, however I still felt really relaxed most of the time! Even if you can only visit New Zealand for a few days, I recommend you just GO. It’s so easy to rent a car here and just drive and take in the amazing scenery that is literally on every corner.