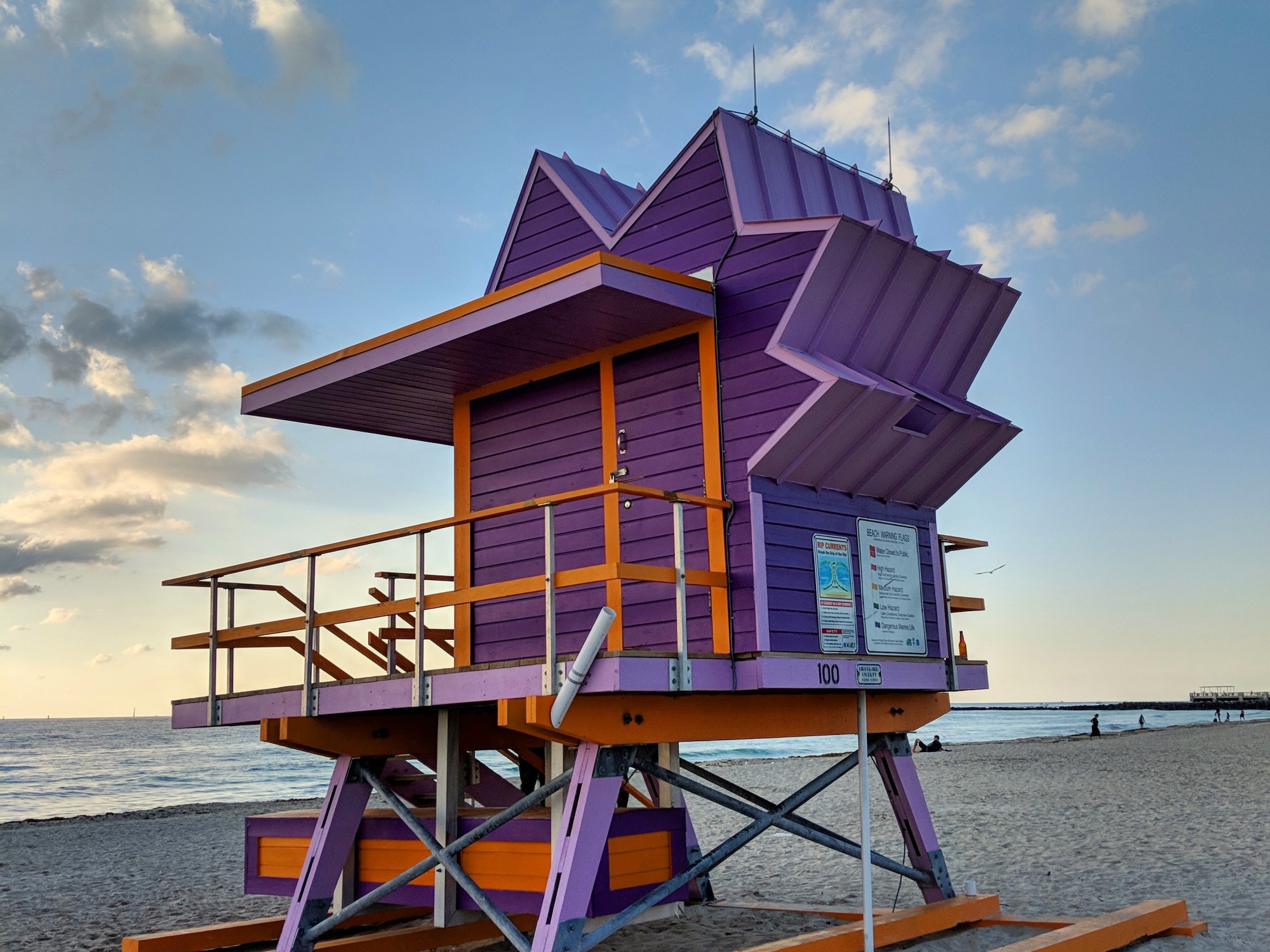 I spent around 8 days in Miami, mainly for work but still got to explore the city and enjoy the food, beach and sun!

I flew into Miami on the Saturday evening (luckily on business class) and as soon as I got into the hotel, I left and headed to Las Olas Café for a Cuban dinner. The rest of the weekend was spent around South Beach and then Wynwood.

Wynwood is known for its street art as well as the restaurants and bars around. I explored the street art in Wynwood and then had a nice lunch at Kyu. It is Asian fusion and you must try their crab fried rice.

The afternoon was spent shopping at Dolphin Mall which is an outlet. I rarely shop nor do I enjoy it but I found some great deals and bargains. The rest of the afternoon was spent chilling poolside at the hotel, then Emil from work joined so we went back to Wynwood for some drinks. We headed to Gramps for a drink then had dinner at Beaker & Gray. Afterwards, we went out to South Beach and headed to the classic places such as Mango’s Tropical Cafe and a few other cheesy beachside bars.

Although most of my week was spent at work, I still got to enjoy the evenings in Miami and went to St Roch Market in the Design District which is a food hall with various food stalls and a bar, The Local in Coral Gables as well as having the ice cream at Morelia Gourmet Paletas and also ate around Doral where we were staying. We also went to a few places in Wynwood for drinks including a great wine bar called Lagniappe.

After a long and hard working week, I spent the weekend in South Beach. I stayed at The Mondrian which was a great hotel as we were staying on the Penthouse level in a one bedroom apartment with my friend Elina and her sister Anna.

On the Friday night, we went to Bodega for some tacos and guacamole and then some drinks. It’s cool spot and the bar is hidden behind.

On Saturday, we had an amazing buffet breakfast at the hotel then spent the whole day poolside. It was a really great vibe there too! For dinner, we headed to Yardbird Southern Table & Bar. Get yourself a booking and get the famous fried chicken and the amazing mac n cheese!

On Sunday, I went for a run around South Beach then met the girls for breakfast at Rosetta Bakery. We headed back to the pool and I got to spend a few hours in the sun before getting some lunch at Tanuki then heading the airport.

It was great to go out to Miami for a work project and spend two weekends there. Although it wasn’t long enough, I really enjoyed spending some time in the sun, eating good food and drinks and also hanging out with my friends who I hadn’t seen in a while.

I would recommend not just hanging around the South Beach area but exploring other areas such as Wynwood, Coral Gables, The Design District and Downtown. I will definitely be back at some stage!