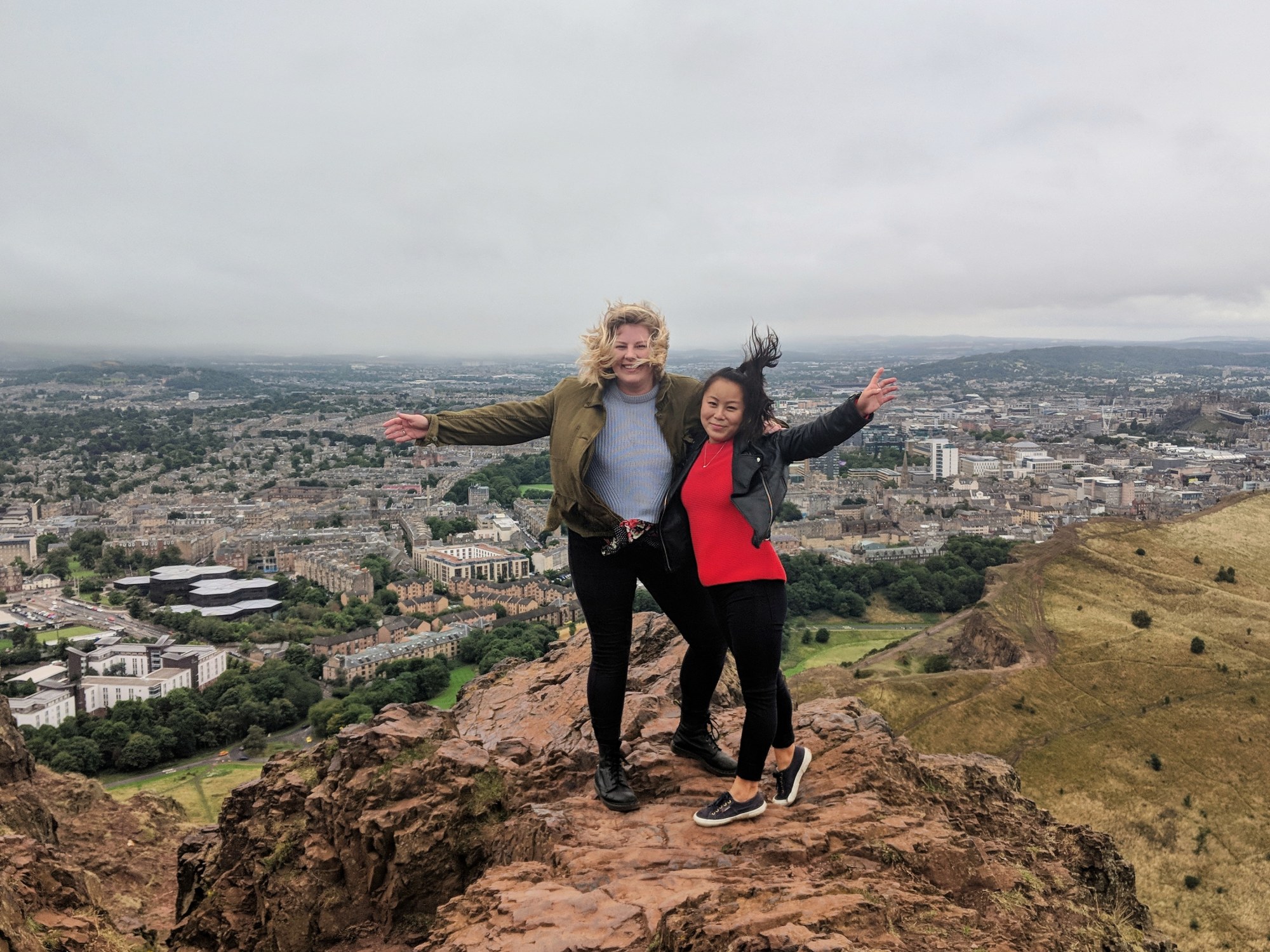 The Edinburgh Fringe Festival is a month long arts festival in August. It is one of the biggest in the world.

I loved the vibe and energy of Edinburgh during the Fringe Festival. There are SO many great shows to see both free and paid across a wide range of genres so there is something for everyone!

I took a train up on Friday night and spent 2 nights in Edinburgh. It was a great weekend full of shows, laughing, eating and exploring.

On Friday night, as soon as I arrived at 11:30pm, I went to the Assembly Hall to see “The Best of the Fest” which showcases the best artists from the Fringe. There were 6 different acts – some good and some not so good – but still very enjoyable!

The next morning, Kate, Steph and I walked up to Arthur’s Seat. As most days in Scotland, it was a bit drizzly and very windy! The views going up are always great and it was nice to get some exercise done first thing in the morning.

We then headed to Ondine for lunch and also met up with Justin and Tegan. We shared the ceviche oysters, tempura squid and the roasted shellfish platter with white wine, garlic and parsley broth – they were all delicious!

We headed to Tamar Broadbent next with her show called “Best Life”. She was hilarious! We then walked around and had dinner at George Square at the food market stalls and had some drinks at The Pear Tree with Kate, Ann and Angela.

In the evening, we saw Dilruk Jayasinghe (an Australian Sri Lankan and so relatable – probably one of my favourites I saw) and Jason Byrnes (also great) and then saw another Best of the Fest at midnight.

On Sunday morning, it was raining a lot but we went to Cuckoo’s Bakery for their amazing cupcakes (I had the red velvet one) and then The Pantry in Stockbridge for brunch. I had the avocado on toast with salsa as well as a side of halloumi fries which was delicious! Stockbridge as an area is also lovely so I would definitely recommend coming here and walking around.

I would highly recommend getting on a train or plane to Edinburgh just for the Fringe Festival! Until next year…!