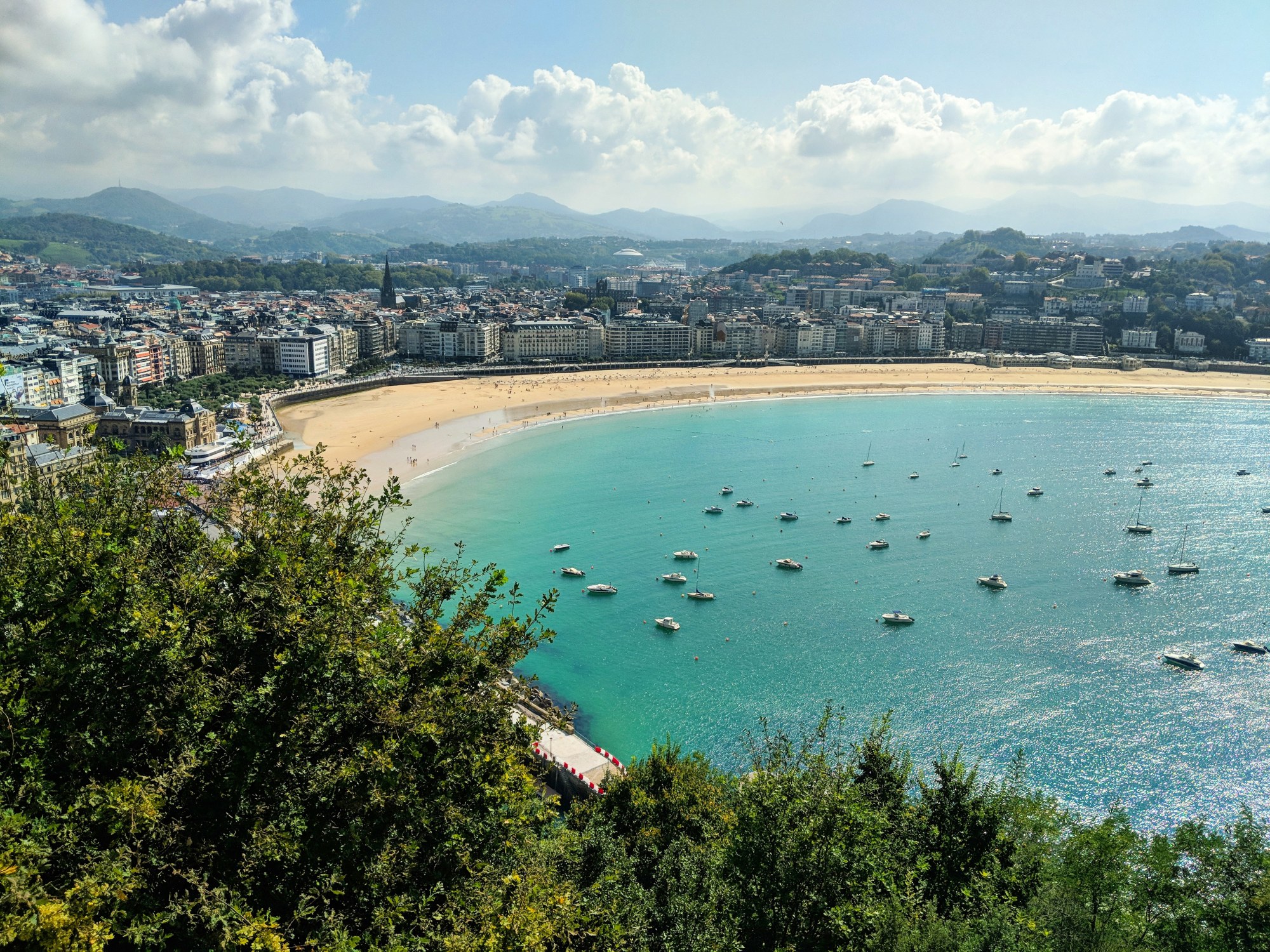 September is my favourite time to travel – the weather is still good, the crowds are generally less and it’s cheaper than the peak summer months.

I planned this weekend trip to Bilbao and San Sebastian so I could get my last dose of sun and more importantly, as one of Spain’s greatest food destinations, I wanted to eat and drink my way through.

My best friend from high school, Anna, had timed her Europe trip to coincide with my dates and I also had two friends, Marie and Jack from London, who also happened to be going there that weekend which made it a fantastic weekend away.

I flew into Bilbao late on Friday night and stayed a night here. In the morning, I spent around 3 hours exploring the city. By 10:30am, I had walked over 11.5km! The Guggenheim Museum opened at 10am so I didn’t have a chance to go inside. However, it’s great to admire the shiny, silver exterior and architecture plus there are many artworks outside including the famous “Puppy” by Jeff Kroons.

I walked along the river from Guggenheim to Casco Viejo, Bilbao’s oldest part of the city. The views from the park were great and then explored the narrow old streets. A bakery stop was in order to grab jamon on bread which was so damn good!

I caught the 11am bus to San Sebastian which took around 1 hour and 20 mins. 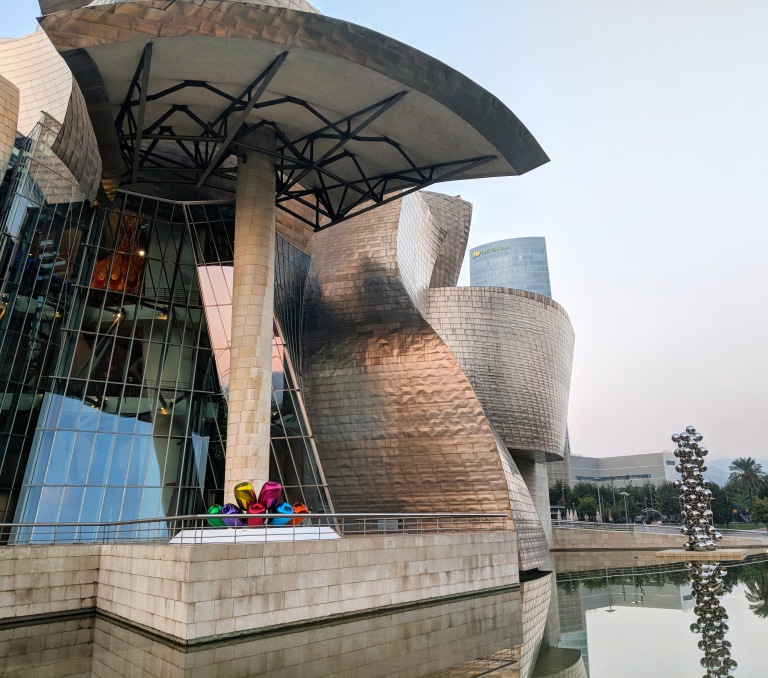 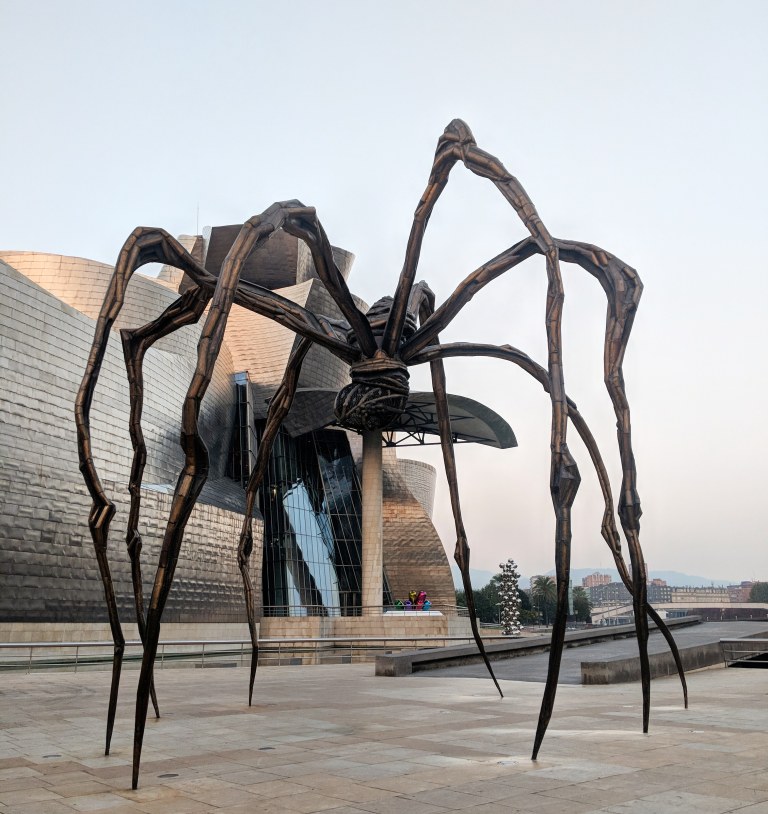 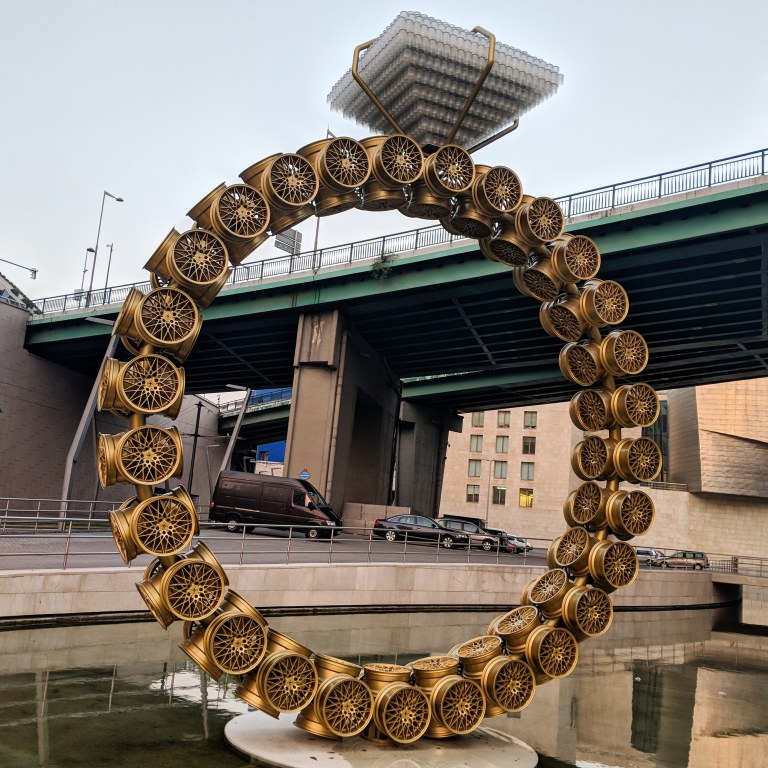 This place has always been high on my list due to friends visiting and raving on about it, especially it’s culinary scene.

I met Anna at our hotel then we went to La Cuchura De San Telmo and shared the beef cheek and octopus plus had a glass of red wine. The beef cheek was melt in your mouth and the octopus was so fresh!

We then walked up to Urgull which is was a light walk with great views of the beach and city. We had a beer up there at the small bar then headed our way back down to meet Marie and Jack.

We then headed to the surfing beach to relax and go swimming. Although it was only 22 degrees outside, it felt much warmer than that and it was so refreshing to be in the water!

Afterwards, we went to Gandarias and had jamon bread and a salmon one which were both so good!

After having a shower and freshening up, we did our pintxos crawl from around 6:30pm. We started at Casa Vergara and had another jamon with bread which was so good and txakoli – a sparkling white wine. Marie and Jack joined and we shared a bottle of cider before heading to Atari Gastroteka and having more pintxos and a bottle of cider. Next was Sirimiri where we had the squid ink croquetas which were amazing! Another bottle of cider there then we went to Taverna Orhi and had some more cider and pintxos. We then went back to Gandarias and had octopus and padron peppers and… you guessed it, another bottle of cider. Afterwards, we went back to Sirimiri and had some cocktails. We were looking for a place to dance but went to a few different bars to end the night.

The next morning, I wasn’t feeling flash, but we went for a walk along Playa de La Concha and then went to La Viña. We had a plate of jamon but we were here to try their well known cheesecake! It was soft in texture (more custardy) but it was really good!

We then went to Gandarias where I had some more jamon and a risotto. Afterwards, I went to Loco Poco and had a mango passion ice block which was refreshing.

We said our goodbyes and I got the 3:30pm bus from San Sebastian to Biarritz (in France), which take around 1 hour and 10 minutes.

I love weekend escapes, just as London is getting cooler. I will definitely be back to San Sebastian as I really enjoyed the vibe, atmosphere and the good food and drinks as well as the beaches!