This was my first proper ski holiday in Europe so I was very excited for this trip!

We spent four nights in Val D-Isère in the French Alps which had a mountain village feel and a typical French atmosphere. The ski resort area is world renowned and there are many great restaurants and bars to enjoy both après ski and the nightlife.

This was our travel day so we took a morning flight from Heathrow to Lyon and got a transfer to Val D-Isère.

We checked in and then went to La Sana for a late lunch and headed to La Cave for some wine. We headed back to the hotel and organised our ski hire then went for dinner at La Vieille Maison.

We split up into different groups and Marie, Tegan and I had a ski lesson for 3 hours. We tackled some blue runs and got used to being on skis again.

As the weather got worse in the afternoon, we went to La Foulie Douce for apres ski and had some drinks there. Afterwards, we head back down, spent some time in the spa at the hotel and got ready to head out for dinner.

I went and met Jack, Marie and Angus at The Fondue Factory and had a charcuterie board and some red wine.

Afterwards, we went to Victor’s for a drink then headed to Saloon bar. It has a beer pong table where we played and the rest of the group joined in. The jagerbombs came out and we ended up having a big night which was a lot of fun!

The next morning was tough especially as we were hungover! We did about 2 hours of skiing in the morning then had lunch at La Tete de Solaise which was excellent but highly recommend you make a reservation. I had the duck breast which was delicious and a huge portion! For dinner, we headed to nearby Le Barillon. 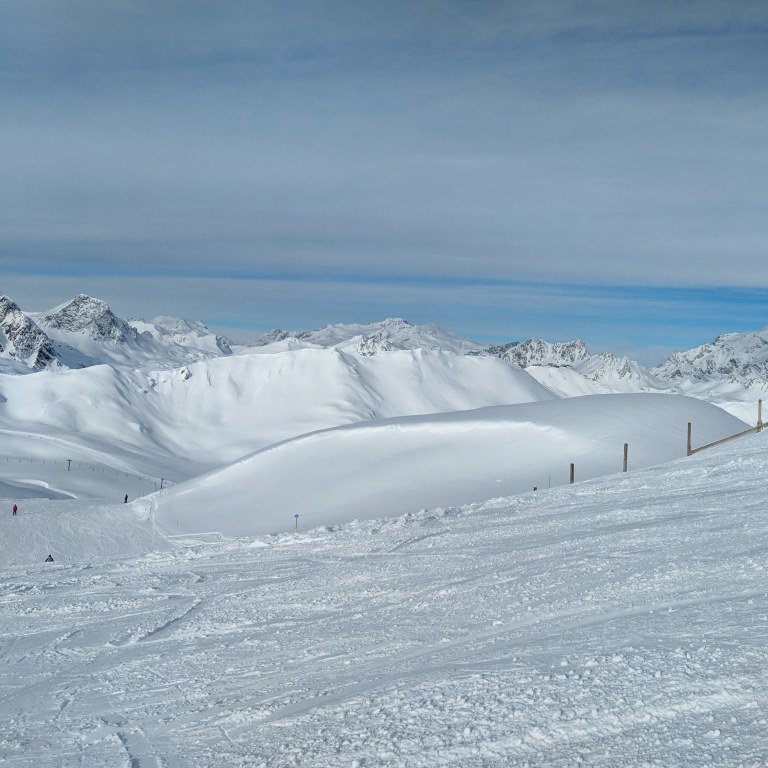 We were hoping for a bluebird but again, lots of snowfall meant a white out. Marie and I still got out there for a few hours and got used to the low visibility. We still went on a few runs which was enjoyable.

For lunch, we went to Le Solstice at Le Yule Hotel. We shared the pate and I had the fish of the day which was so good! The boys had the truffle pasta which was also amazing!

In the evening, we went to La Baraque for dinner. Afterwards we went to La Cave again for some wine then Victor’s again. The super bowl was on but I called it a night afterwards.

Our travel day and it happened to be a bluebird! 😦 We had our hotel breakfast, packed and walked around town for a bit before we got our transfer back to Lyon Airport. 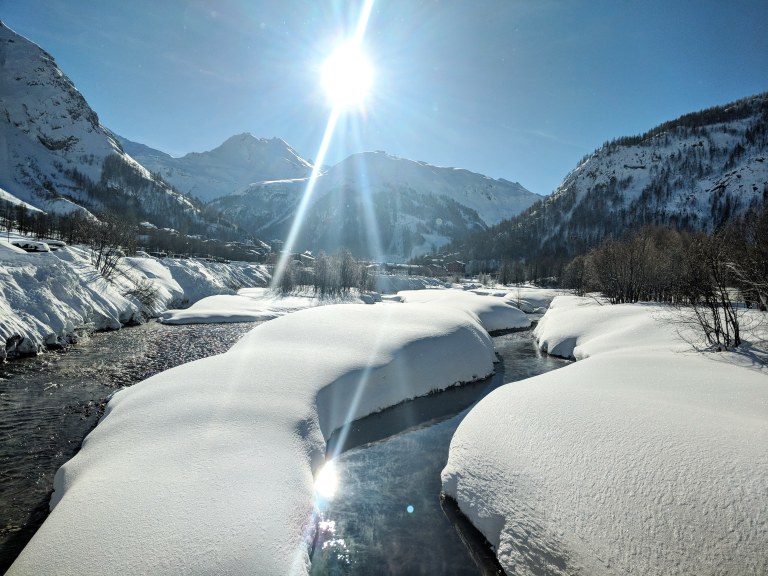 It was a really fantastic few days away, skiing, eating good food, enjoying the nightlife and being in the snow!