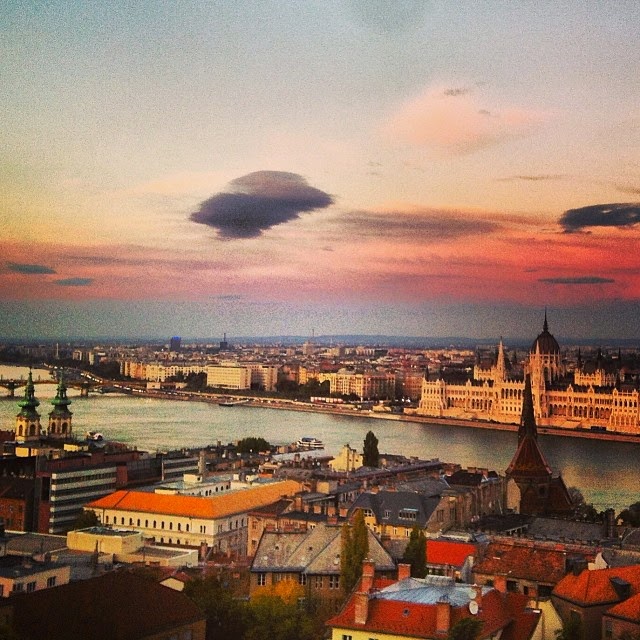 A lot of exchange students have been travelling most weekends but I really wanted to immerse myself in Aarhus life. Mid semester break was the perfect opportunity to travel as we had one week off from uni. I took a little over 2 weeks off to go to a few cities that were to my interest.
We initially found some cheap flights to Krakow so we bought tickets and planned from there.
Krakow
We walked around the Main Square which is beautiful and full of old buildings.The Wawel Castle was impressive and full of history. We tried Polish food and went to Koko and had perogis (dumplings) including the meat, spinach and potato ones and I enjoyed them, however Abby did not haha. Went to Pijalnia  and vodka shots were only 4 zlotis each! Headed to Banialuka after and met some locals who shared their vodka with us which was really nice.

Auschwitz, the concentration camp is worth the visit when in Poland. The place is very somber but it was a good way to gain insight into the horror of the camps. Unfortunately we had a terrible guide as she did not have a high level of English proficiency so didn’t learn as much as we would have liked.
Went to Pijalnia for shots and Abby and I also headed to an underground bar where we drank more. We met some English guys who was at a stag party. They all ended up talking to us as they lost their bachelor (Hangover style) and we probably made their night haha. We went to Frantic Club and we were given copious amounts of free shots and drinks!

The next day we headed to Wieliczka salt mines – it is one of the world’s oldest salt mines still in operation. The tour went for close to 3 hours which was way too long especially since we all felt sick (in particularly Sarah which was hilarious) but again, our tour guide was mediocre. It was interesting to walk down hundreds of steps to get into the salt mines and see the statues and chapels inside.
We explored the Jewish quarter which is much more trendy and cool than the main square and less touristy. We went to Pub Wrega for dinner. Had a chicken schnitzel with fries and salad and it was really satisfying! We had an overnight bus to Prague at 2:55am. We arrived there at 2:40am and there was no bus in sight. We had to catch 3 trains to get there but had to wait a couple hours til the first one arrived. I was absolutely exhausted but slept in these shitty uncomfortable chairs whilst waiting. Cassandre stayed up and told us of the weird shit she saw like these drunk guys slapping his friend for so long and a homeless looking man snoring. All creeps!!
Prague
We finally arrived in Prague after many trains! We checked into our hostel then went to explore the city. It was a different vibe coming in the cooler months but it was still packed with tourists. We went to the Old Town Square, had some market stall food and walked across the Charles Bridge. The next day, met up with Alejandro and his friend, Hana who did exchange in Aarhus last semester (and who’s a local) as well as Benjamin and Jel and she showed us around the city. We went to Vysehrad which is a church and cemetery which is underrated – it was beautiful and had a great view of Prague. We headed to the Petrin tower and walked up the many spiralling stairs to the top for the incredible view of Prague from above.
In the evening, we decided to go for some drinks but in the main square, the Drunken Monkey people told us the pub crawl was free tonight so decided to join. We had free drinks for the first hour and we played beer pong and met some nice people. The next morning was painful as I had to get a 7am bus to Budapest but I made it (with some difficulties along the way) haha.
Budapest
Budapest is one of the most beautiful European cities I’ve been to and I really loved this city. The Danube River splits the two sides of the city – the “Buda” side has the castle and many hills and wealth whereas the “Pest” side is flat but buzzing with cafes, bars, nightlife and is full of culture.

I arrived in the afternoon went to explore the streets on the Pest side and walked across Chain Bridge and the riverside which was lovely. For dinner, went to Ring Café on andrassy ut. Peter recommend this place for me and I had the best beef, bacon, avocado burger. It was around $9 which is quite pricey in terms of Hungarian prices but so cheap for me!
Some of the best of Budapest included Buda  Castle, Gellert Hill for the amazing view of the city, St Stephen’s Basilica, Fisherman’s Bastion with its amazing view across to the Pest side, Hungarian Parliament Building, Matthias Church, City Park as well as walking along Andrassy ut. I checked out the Central Market with their fresh fruit and meats down stairs and upstairs was full of small shops as well as stalls of food. I tried some typical Hungarian dishes such as goulash soup, different meats and langos.
Budapest is know for it’s ruin bars and I did the pub crawl with my hostel and went to numerous bars in the Jewish Quarter such as Fogaschaz, Szimpla (which is the first ruin bar and one of the most popular in Budapest) and Instant.
Unfortunately I wasn’t able to do to Szechenyi Baths because I didn’t bring my swimmers but it is a must when in Budapest! I would love to do the caving here as well! I cannot wait to come back here to eat, drink and see more!
Vienna

Arrived here by bus from Budapest and headed to Schonbrunn. Bought the classic pass and had the tour of the palace (around 40 rooms) which was really nice and then the privy garden which was a beautiful garden. The palace gardens were huge and walked around and went up to the Gloriette which was a panorama terrace. After, headed to the maze where there was games and a maze – all fun.

I couchsurfed at Matthias’ place and he was very welcoming and was interested in showing me around Vienna and explaining the history of the place. In the evening, Matthias took me to a student party at the technical university. The drinks were definitely student friendly – shots were 2€ and vodka mixes 2.50€ and it was a really fun night!

The next morning, we went to go sightseeing and first went to Belvedere Palace which was stunning. In the gardens, you could see the view of the city. We stopped by at a pub called Salm Brä that has their own microbrewery and Matthias had a beer and I told the waiter that I was too hungover and couldn’t drink yet he brought out a tiny one for me, for free haha. Walked around Naschmarkt which was filled with fresh fruit, vegetables, meats, cheeses and flowers and then went to a restaurant and had a wiener schnitzel with a potato salad which was delicious! We walked back towards his place whilst stopping by at a couple more pubs and shops.

For dinner, had traditional Austrian meal using a grill with different sections to put whatever you wanted which included vegetables like zucchini, capsicum, tomato and cucumber as well as the garlic bacon that Matthias bought earlier at the markets and cheese as well as egg and bread. I made random combinations but it was so tasty!

Berlin
Berlin was a short stop to catch the bus back home to Aarhus. Went to Yamyam for a Korean meal as I was craving it since not eating it for over 4 months! Denmark really lacks good Asian food (plus their sushi is ridiculously priced) but Berlin is so multicultural – making their Asian food quite authentic and tasty. I got the bulgogi with rice and miyeoukgug (seaweed soup) which were both satisfying but still not as good as mum’s!

I did some shopping whilst being here, ate more delicious food and visited some sights including Checkpoint Charlie, Berlin Memorial Wall, Bradenburger Tor and the Holocaust Memorial. In the evening, had to go back to Mustafa’s for the most satisfying doner kebab!
Oslo

I came back to Aarhus for one night before jet setting again I had the pleasure of staying with Hannah who is doing exchange in Oslo. It was only a short stay but it was great to catch up, explore the city, see the eccentric architecture and experience the nightlife in Oslo. Oslo is definitely the most expensive city I have been to – even a bottle of smirnoff costs $75!

We went around Oslo Harbour, went and saw some weird and wacky art at Frogner Park and Vigeland Sculpture Park and had a night out at a BI (Business School) party the where the price of drinks was dependent on the demand – prices rose when demand was high and vice versa.

I would love to come back and explore more of Oslo but also get out and do more parts of Norway!